Whether a landscape is illuminated by a torch or a light ball is formed under the Eiffel tower – this photo award is dedicated to light painting. Only photos which are actively painted with artificial light are accepted in this competition. This includes accentuation and illumination of landscapes, architecture or persons. Manipulation by computer (composing, combination of layers or multiple exposures) is not accepted and is banned from the competition. The photo has priority! The 3rd International Light Painting Award is an international online photo award. It will be operated online only.

Say Hello to the Grand Jury 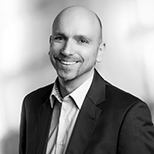 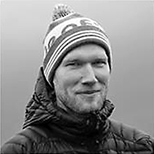 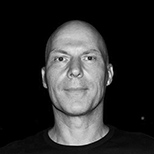 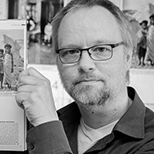 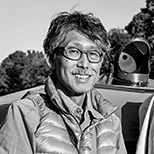 ”Tokihiro Sato is one of Japan's best known artists working in photography. Trained as a sculptor, he has been using photography since the late 1980s to express his ideas about light and space. In an ongoing series that he describes as "breath graphs" or "photo respiration," tiny points of light or illuminated lines record his movements through space. Using a large-format camera set on a tripod and timed for exposures that may last from one to three hours, he moves quickly through the described space.“ 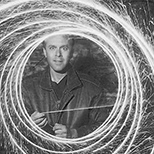 ”Light artist Eric Staller could be called the father of light drawing or light graffiti in its present day form. Staller was born in 1947 in New York. From 1976 to 1980 Staller roamed the dark streets of New York City creating light painting photographs. Eric’s Light Drawing series could be the very first Light Art Performance Photographs ever created. In the late 1970’s staller set up his camera, open the shutter, and moved throughout the frame creating some amazing light painting photographs.“ 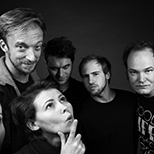 ”Using light as an expression of creativity is one central key element of the german based LICHTFAKTOR collective. The crew contains photographer, artists, performers, designer and engineers. Taking advantage of self developed software and equipment the portfolio comprehends creating animation-films, innovative Live-Shows as well as running successful Event Photo Booth activities. Producing out-of-the-box projects their artwork appears on print, web and TV media-campaigns and live on stage.“ 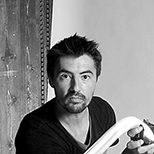 ”Julien Breton aka Kaalam started light-painting in 2006 after 5 years of traditionnal calligraphy. He began to developp an original latin alphabet inspired by arabic aesthetic. In 2007, he start working with the photographer David Gallard. Together they travel across the world (India, England, USA, Marocco, Italy, Canada...) to catch unique backgrounds for the light calligraphy. This same year, Julien Breton won 2 dubaï Lynx award and the international Urban Arts Award in Light-painting category.“ 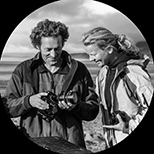 ”At dusk, when other landscape photographers stow away their equipment, we get ready to work. Whether its in the wind-swept Patagonian desert or in the icy northern part of Norway: wherever we travel we explore landscapes that reveal a magic beauty in the dark.  A bit of moonlight, a faint glow of northern lights, some modified torches or a carefully placed fire: that is all it takes to uncover what is hidden in the dark. And when the sun comes up the next morning, no trace remains to show that we have ever been there.“

Say Hello to the Artist Jury 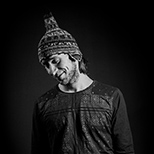 ”Eric Paré is a Canadian visual artist who has been performing light-painting all around the world since 2013. His work has appeared on CNN, MTV, PetaPixel, CNET, Vice, Fubiz, TechInsider & TEDxMontreal. Eric has hosted workshops and conferences in Mexico City, Dubai, San Francisco, Toronto, Boston and NYC. When he is not traveling, he can be found in his studio in Montreal where he has developed a full 360 degree camera system with his team. His most recent international projects were made with Adobe, Twitter, Bacardi/Dewar's, Dom Perignon and Fotolia.“ 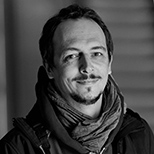 ”Palateth is a belgian light painter. He’s local representative for the Light Painting World Alliance and member of the Board of the Ligue Francophone de Light Painting (French-speaking League of Light Painting). Winner of the 6th place at the International Light Painting Award 2015, his pictures have been exhibited in France, Spain, Kazakhstan and China. With abandoned places as stage sets, with fireworks, smoke, and fire as tools, he tames the explosions of lights which surround his subjects.“ 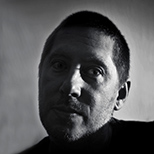 ”Since an early age i was always interested in art, drawing and painting and crafting and generally being creative. In 2011 i stumbled upon light painting photography on various forums and webpages and it just took my breath away. I was finding myself drawn to light painting at a miniature level using small figures as the subject of my photos. Partly from my enjoyment of building things with my hands and partly to attempt something that from what i could see not many people were doing then.“ 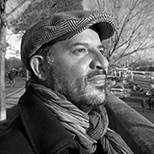 ”Art lover. Gus Mercerat has been an actor, DJ. Passionate about nature and the stars, the light and the long exposure photography, all that experience made her love for photography, seek new forms of artistic expression, so he discovered the art lights, since 2009 officially dedicated to this passion. First photographer in Munich, Germany and Latin America.“ 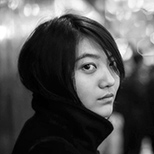 ”As a night photography addict and light painting enthusiast, exploration in derelict places is one of the main topics in my photographs. Simply documenting those buildings’ stories is the not the only thing I want to achieve. By controlling the light and time via light painting photography, I want to re-create them and build the “connection” between the observer and the observed. They are transformed on my pictures and generate the “unique” stories only belong to me. Create surreality in reality is a fascinated and unspeakable game to play.“ 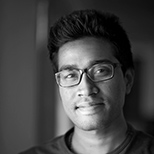 ”Basically I started doing photography out of curiosity, and believe me light painting is full of curiosity and fascination. I learned about light painting through mere coincidence when I was surfing the web to find out about the method of panning shot which I took accidently. And since my childhood I have huge amount of interest in drawing and painting maybe that's what pulled me into this light painting stuff. Light painting is more like drawing on a paper except blindfolded.“ 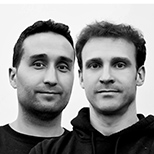 ”In 2011 we discovered the Light Painting and since then our photo and artistic concerns revolve around the behavior of light and its possibilities exciting stories to tell, we love to discover how this technique can be fused with other photographic disciplines. Express our emotions through light it is a challenge to which we like to take in each session.“

”Light Painting Master and Artist JanLeonardo is one of the world’s leading artists dedicated to what can be described as “painting with choreographed light.” He is supported by company’s like Sony and Carl Zeiss and also a brand ambassador for Manfrotto, Lenovo and Led Lenser. He is awarded with the “German Prize for Scientific Photography 2008". His customers include companies among others the fashion label Diesel, Nike, Mercedes-Benz, Japan Tobacco, Tokio Motor Show, Lenovo and the cult band Coldplay. JanLeonardo is promoter of the International Light Painting Award.“